After being hit by a car, man learns why Level I trauma care matters 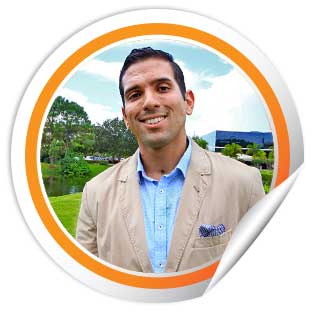 Twenty-year-old Alex Vazquez was crossing a street with his girlfriend when his life was suddenly and violently impacted.

The young couple had been out celebrating—she was about to leave for college and Alex was starting a new job. Moments after they stepped into the crosswalk at Spanish River Boulevard in Boca Raton, Florida, a car crashed into them at the dark intersection.

"My neck hit where the roof and windshield meet, which I found out later is the hardest part of the car," remembers Alex. "I broke my jaw, and at first I thought I was paralyzed, but I had some movement in my feet."

Both Alex and his girlfriend suffered massive broken bones, but his injuries were much more severe. One of the first witnesses on the scene happened to be a nurse from Delray Medical Center’s trauma unit. Vazquez, who professes a strong faith in God, considered her an angel sent from above.

"I was supposed to go to a closer hospital, but she told the paramedics that my injuries were too severe," he says. "I needed to go to Delray because it's a trauma center."

What difference does a trauma center make?

Trauma centers like Delray have the specially trained medical personnel, as well as advanced diagnostic and treatment equipment, needed to treat people with the most severe injuries. Level I is the highest state-designated level, which means the hospital offers the immediate availability of trauma surgeons, anesthesiologists, physician specialists, nurses and resuscitation equipment necessary to treat critically injured patients.

EMTs rushed Alex and his girlfriend to Delray Medical Center, where they were in critical condition. Alex had a traumatic brain injury that left him in a coma for several months. After a month at Delray, he was transferred to Shepherd Center in Atlanta, which specializes in brain and spinal cord injuries.

"I went back and forth between Delray, Shepherd and home," says Alex. "I felt like I was in the hospital forever."

The path to recovery

Alex had to learn to walk again, a feat that took him two years to accomplish.

"Throughout my recovery, I just focused on one goal at a time. Each time I achieved one goal, I set a new one," Alex says.

"When you wake up from a coma, it's like being born again. You have to start from the beginning. It's like hitting reset on everything," he says. "The goal is to become as normal as possible. These days, I'm finally driving. The hard part is over."

It’s been more than seven years since the accident, but Alex will forever be grateful for the expertise and compassion he received from the medical professionals who cared for him at Delray. He currently tours high schools throughout Palm Beach County, sharing his story on behalf of the Dori Slosberg Foundation, a nonprofit organization dedicated to promoting traffic safety.

"When you're injured like this, you spend a lot of time with therapists and really get to know them," Alex says. "I'm not sure I ever saw the nurse again, the one who arrived at the scene of the accident, but I hope she knows I’m deeply grateful to her and the rest of the staff."

Related stories in the news:

Sweethearts struck by car on night they celebrated life, love