West Palm Beach, Fla-September 21, 2018 - Delray Medical Center appoints Maggie Gill to the position of chief executive officer. Gill will be responsible for overseeing all strategic, operational and clinical activities at Delray Medical Center. She is also the new Palm Beach Group CEO for Tenet Healthcare, which consists of a network of five hospitals. 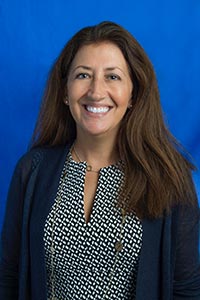 “We are delighted to have a highly talented and seasoned healthcare executive like Maggie leading our operations in Palm Beach County,” said Tenet Healthcare’s President of Hospital Operations, Eric Evans. “She is well positioned to help us continue to grow and build the wide-range of lifesaving, award-winning programs we offer including comprehensive stroke care, level I trauma and cutting-edge cardiovascular services both at Delray and throughout the county.”

“Returning to Florida is a homecoming for me, and it is an honor to serve as the CEO of Delray Medical Center, a hospital with a rich tradition of providing quality, award-winning care,” said Gill. “I look forward to creating more synergies amongst all of the Tenet hospitals in Palm Beach County in order to expand access for our patients, and to continue to be on the forefront of bringing new services to the area.”

Gill comes to Delray Medical Center from Novant Health UVA Health System where she served as the chief executive officer. In this role, she designed and implemented the functional organization of the system including cultural integration, branding and financial turnaround. She developed the system’s long term strategic quality and growth plans in a highly competitive market and established partnerships with regional payers to create opportunities for value based care.

Prior to her time in Virginia, Gill was with Memorial Health in Savannah, Georgia where she served as president and CEO since 2011. She initially joined Memorial in 2004 as vice president of finance and managed care and became Memorial’s chief operating officer in 2005.

As CEO, Gill expanded the on-campus medical school and physician residency programs, in partnership with Mercer University School of Medicine, to improve the region’s medical education opportunities. She worked collaboratively with the medical staff to grow Memorial’s clinical services, including trauma, specialized surgery, heart and vascular and oncology.

Gill is a graduate of Florida State University earning her Bachelor’s Degree in English Literature. She then received her Masters of Business Administration from St. Leo University.