Dr. Mahdi Taha and Dr. Tim Williams of the SFPTI are interviewed for Breast Cancer Awareness Month in Florida Weekly 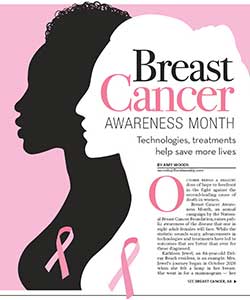 OCTOBER BRINGS A HEALTHY dose of hope to forefront in the fight against the second-leading cause of death in women.

Breast Cancer Awareness Month, an annual campaign by the National

Breast Cancer Foundation, raises public awareness of the disease that one in eight adult females will face. While the statistic sounds scary, advancements in technologies and treatments have led to outcomes that are better than ever for those diagnosed.

Kathleen Jewel, an 84-year-old Delray Beach resident, is an example. Mrs. Jewel’s journey began in October 2020 when she felt a lump in her breast. She went in for a mammogram — her first since age 70 — and then had an ultrasound that led to a biopsy. The result: invasive ductal carcinoma. After her lumpectomy, she opted for proton therapy at Delray Medical Center’s South Florida Proton Therapy Institute. Sixteen sessions spanning six weeks culminated with the active retiree being declared cancer-free in June. 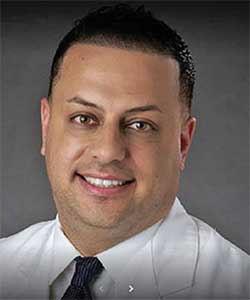 “Now I’m doing really good,” she said. “There is no treatment at the moment, and I feel great.”

Proton therapy uses proton beams — as opposed to photon beams — to target and destroy cancer cells with a minimized risk to healthy cells. Experts in the field describe the technology as revolutionary. For Mrs. Jewel, the game-changing alternative was a way out of chemotherapy.

“Chemotherapy ruins your body and has terrible side effects,” she said. “I was 83 years old. I did not feel like having it done. If the proton therapy didn’t work, I was in god’s hands.”

“I appreciate my life more, being able to do things,” said the wife and mother who takes walks and water aerobics classes. “I’m an old lady, but I still like to get out there.”

Melissa Pogue, a 67-year-old Vero Beach resident, is another example. Ms. Pogue’s journey began in April when she, too, was diagnosed with invasive ductal carcinoma. Her situation was different; she tested positive for a BRCA2 gene mutation, meaning she likely would develop breast cancer in the future and also was at risk for developing ovarian cancer. In July, she underwent a double mastectomy at Jupiter Medical Center. 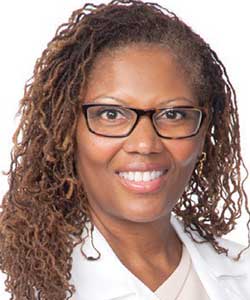 She is scheduled to have a bilateral salpingo-oophorectomy — a surgery to remove the ovaries and fallopian tubes — later this year.

“I’m not going to play the wait-and-see game,” Ms. Pogue said. “Ovarian cancer is much worse. You never know, therefore, take advantage of the technology we have now.”

One of the technologies leading the charge is proton therapy, a form of radiation that reduces side effects and toxicity in patients. Traditional radiation almost always causes fatigue, leukopenia — a reduction in white blood-cells — and lymphedema — swelling from the buildup of lymphatic fluid. Proton therapy alleviates those problems.

“All those side effects, sure it can happen with proton-radiation therapy, but it’s highly unlikely and dramatically reduced,” Dr. Taha said.

Also highly unlikely and dramatically reduced are the onset of secondary cancers brought about by traditional radiation.

Dr. Williams said he has seen a 60% to 70% decrease in secondary cancers among patients.

“It’s hard to find a downside to proton therapy,” he said.

A couple of other benefits come from the technology, the first of which is an improved layer of protection for the heart in patients with cancer in their left breast. During photon therapy, the radiation passes through the body, front to back. Proton therapy can be controlled so that the radiation penetrates to a certain depth and then stops.

“It is by far the most advanced machine in clinical medicine today,” Dr. Williams said.

And it makes a difference in turning a deadly disease into a treatable disease.

“Most women these days will not die of their breast cancer,” said Dr. Tihesha Wilson, director of breast health at Jupiter Medical Center. 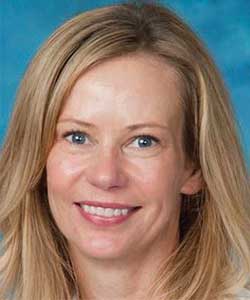 Another breakthrough in radiology helping to save more lives is intraoperative radiation therapy, or IORT, an innovative treatment combining surgery with single shot of radiation. Unlike photon therapy or even proton therapy, IORT delivers a beam directly to the tumor before the surgeon closes.

“We now have the ability to do a radiation therapy session at the same time as their breast surgery,” Dr. Wilson said.

“There has to be more than, if you save a life, you have done your job,” Dr. Wilson said.

She has extensive training in oncoplastic surgery, a subspecialty she pursued to give women a chance at feeling intact and whole after their operations.

“It’s my personal feeling that it’s really hard to get past the disease if you wake up every day with a reminder, if every day when you take off your clothes you feel deformed and scarred.”

A new tomosynthesis system at Jupiter Medical Center’s Margaret W. Niedland Breast Center has upped the ante in imaging. SmartCurve allows more of the breast to be captured in the field of view via its curved surface. The paddle mirrors the shape of a woman’s anatomy and offers uniform compression with less pain and pinching.

“We’ve definitely had medical advancement in terms of new treatments that are targeted,” Dr. Talya Schwarzberg said of drug developments for patients with HER2-positive breast cancer.

HER2- positive breast cancer is associated with human epidermal growth factor receptor 2, a protein that promotes the growth of malignant cells. Dr. Schwarzberg, a medical oncologist at the Tampa General Hospital Cancer Center of South Florida location in Palm Beach, describes the protein as “driving the breast cancer” and the new prescriptions as “excellent brakes that turn off the gas pedal.”

“It’s not like chemo, where everything that is growing quickly is killed,” she said, noting there is no hair loss, no nausea, and less fatigue. “That’s one path that’s been well-explored and very successful.”

A new treatment for triple-negative breast cancer — PARP inhibitors — is a medical advancement as well. Triple negative breast cancer remains the hardest to treat because it lacks both hormone receptors — estrogen and progesterone — and the HER2 protein and does not respond to therapies directed at those targets. Chemotherapy has been the mainstay for treatment until a few years ago. 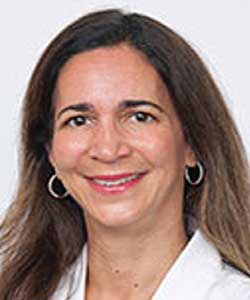 PARP, or poly-ADP ribose polymerase, is an enzyme that aids in the repair of damaged cells. PARP inhibitors stop the enzyme from doing its repair work on cancer cells, and the cells then die.

“Triple-negative breast cancer is one area where, up until a few years ago, we have had a very poor prognosis,” Dr. Foster said. “We’re now seeing where drugs have been FDA-approved, which has been a very meaningful improvement in the field.”

The U.S. Food and Drug Administration in July approved an immunotherapy drug that takes aim at a patient’s immune system, triggering it to recognize cancer cells as bad cells and attack them.

“It really just sort of improves the overall outcome,” Dr. Foster said. “There are just so many advancements in the world. Yes, it is a crappy thing to have to go through, but it’s hugely curable.”