God Was Watching Over Me’: Good Samaritan Saves Driver Having Stroke In Heavy Traffic 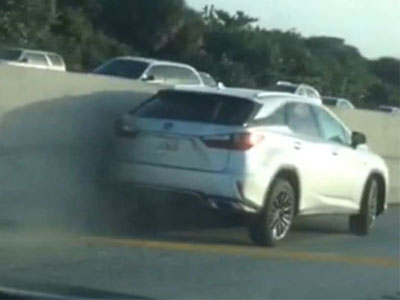 An 81-year-old man was saved from certain death by a complete stranger after suffering a stroke while driving on the busy Florida interstate.

Gene Haynes, who is from Hypoluxo, was driving in heavy traffic on I-95, when he suffered a stroke and drove repeatedly into the median in Boynton Beach.

When Jose Klatter saw Hayne’s car moving awkwardly in the middle of the road, he decided to pull in front of Haynes and bumper-to-bumper, guided him to a stop.

With his brother-in-law recording, he says, “I was so certain that I had to do something and I was the one to do that that day. I just thought it had to be me,”Klatter said. 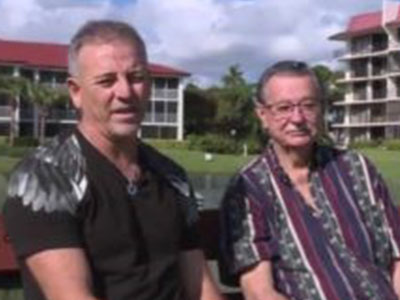 A grateful Haynes said, “He is my guardian angel. Just thank God for this man right here.”

When emergency crews picked up Haynes on I-95, the stroke symptoms were starting to set in and he had less time on hand. “I was upset; ‘what are you smashing my window?’ I couldn’t talk, my lip was numb, I was trying to talk. But after he did that, that’s the last thing I can remember,” said Haynes.

Dr. Dennys Reyes performed emergency surgery to remove a blood clot from Haynes’s brain at Delray Medical Center and the next day, Haynes left with no more symptoms. “I think it’s a miracle, yeah. You think it’s a great result, a fantastic result. What more can you ask?” said Reyes.

Haynes said: “I feel like a miracle. God was watching over me and sent him to protect me.”

Klatter says he doesn’t want to be called a hero and his bumper will be covered by insurance. He just wants the story to spread more kindness in the world. “That would be my message. People just be kind to each other because that’s what we’re asking, that’s what we’re here for,” said Klatter.

Whether it is a small gesture or a big life saving act, kindness is always going to affect people and change them for the better.