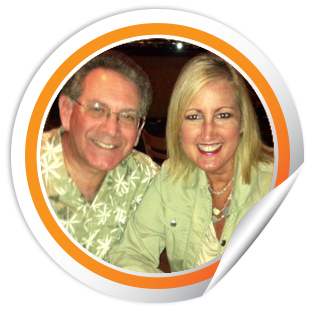 With his 60th birthday just around the corner, Mayor of Lauderhill Richard Kaplan was feeling healthy and looking forward to another great year ahead. However, a standard visit to his primary care physician led to the discovery that a heart condition he was diagnosed with years earlier had increasingly grown more severe. Richard would need surgery to have his mitral valve either replaced or repaired.

Already familiar with his options, Richard wanted to avoid a valve replacement, if possible. That is why he turned to Dr. Erik Beyer, a cardiothoracic surgeon on the medical staff at Florida Medical Center, one of 10 hospitals within the Tenet Heart and Vascular Network. Dr. Beyer is a specialist in minimally invasive valve surgery and informed Richard that he could perform a valve repair, which is typically safer and results in a better quality of life. He scheduled the surgery for a few months down the road; however, during a check-up prior to the procedure, Dr. Beyer discovered that Richard’s tricuspid valve was also leaking.

With two of his heart valves now in need of repair, Richard’s condition became urgent, and the surgery was moved up to the day after his 60th birthday. Since Dr. Beyer performed the minimally invasive procedure to fix both valves at Florida Medical Center, Richard was a little surprised when he woke up to find he had been transferred to Delray Medical Center. He only learned later how close his brush with death was when his family explained how the cardiac team had pulled him back from the brink.

During the surgery, Richard’s heart began to deteriorate due to an unpreventable complication called cardiomyopathy. This was where the amazing teamwork of the Tenet Florida Heart and Vascular Network came into play. Richard needed a Ventricular Assist Device called the Impella Pump, which is available at Delray Medical Center, another hospital within the network. He was too sick to be transported, so Dr. Brijeshwar Maini, an interventional cardiologist and regional medical director of transcatheter therapies, drove the device from Delray Medical Center to Florida Medical Center. The team placed the Impella Pump in Richard’s heart to keep his left ventricle functioning. He was then able to be transferred and was immediately taken via ambulance to Delray Medical Center, where the staff is specifically trained to care for patients with this particular device.

Once at the hospital, Advanced Heart Failure & Transplant Cardiologist Dr. Phillip Habib became involved when Richard’s right ventricle also began to fail. At this point, it was time to make use of the RVAD, or Right Ventricular Assist Device, to keep the heart working. The RVAD is used on the worst types of cases, which was not a good sign for Richard. Fortunately, after being weaned off both devices and going through rehabilitation at Delray Medical Center’s Pinecrest Rehabilitation Hospital, Richard has made tremendous progress. In fact, his last test showed his heart function is back to normal and his valves are working very well.

“I don’t believe I would have survived if I went anywhere else,” Richard notes, thinking of how the team managed to salvage his heart through quick thinking and collaboration. “I am thankful to be alive.”

Although his recovery has not been easy, he maintains a positive attitude and a deep gratitude for his second chance at life, commenting, “It’s good to be here, good to be anywhere!”

Richard’s wife, Lynn, affectionately calls him her “Miracle Man,” after coming so close to losing him to heart valve disease. “They saved his life,” she beams, “I couldn’t be more grateful to the entire staff at both hospitals. He’s here today because of them.”