Doctors Take on One of the Worst Criminals 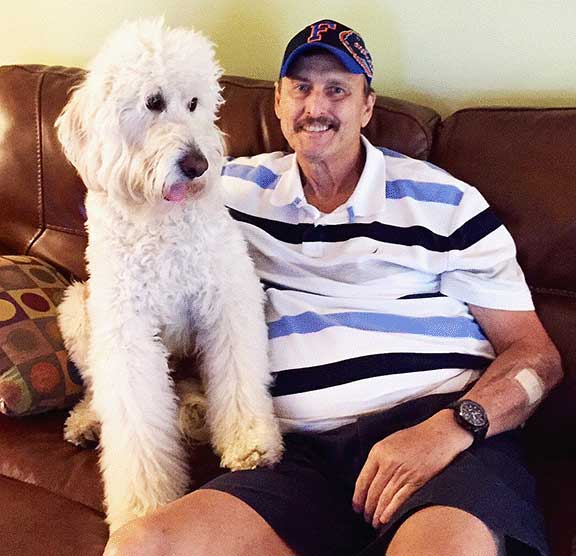 As a police officer, Pat Stone was used to facing some serious issues in the community. However, he never thought the most serious issue, if not the most difficult, would be the investigation of his own health.

Born and raised in Palm Beach County, Pat eventually became a two-sport athlete, playing both basketball and baseball in college up in Georgia. When he eventually moved back to Florida and joined the police force, he made sure to stay active to keep up with his physically demanding career.

Pat’s career came to a halt when he received heart-wrenching news. He was having trouble breathing, and after being in and out of the hospital four times, was finally diagnosed with congestive heart failure.

“My wife of 16 years and family members were concerned as to what the future would hold for me, and to tell you the truth, I was just as scared as they were,” he says.

In a chance meeting, Pat’s cardiologist crossed paths with Dr. Philip Habib, a cardiologist on the medical staff at Delray Medical Center.

“The two physicians discussed an option that would allow me to get my life back and be able to become active again with my family,” Pat recalls.

“Going through something as serious as what I went through was definitely nerve-wracking,” Pat says. “However, the entire team at Delray Medical Center was so thorough from the very start of the process that I felt confident I was getting the best treatment possible.”

Following the procedure, Pat spent several days in the hospital recovering before he was able to return home. It’s been about five months now, and he is continuing to do extremely well.

“I’m driving again and doing the things I enjoy,” he says. "I’m also looking forward to coaching baseball again, which has always been a passion of mine. This procedure and the staff at Delray Medical Center gave me my life back, and for that, I will forever be thankful.”