Getting to the Heart of Peter's Recovery 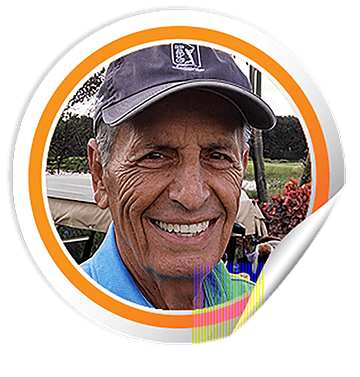 Soccer was always Peter’s first love as a kid. Growing up in Budapest, Hungary, he worked hard enough to become a member of the Junior National Team. He was strong, athletic and felt nothing could ever keep him from playing the game he enjoyed. Even today, at 79 years old, he still looks forward to watching the World Cup every four years.

Peter’s strong will and competitive nature are what helped him get through some of the most difficult times in his life – first, when his father passed away at only 56 from heart disease, and then when he was later diagnosed with the same condition.

“I was told that my best shot was to undergo the left ventricular assist device (LVAD) procedure,” Peter recalls. “Without it, I had a 50/50 chance of living through the next six months.”

He had the surgery about six months ago in New York because that was where his children could provide the post-operative support he needed to recover. Following the procedure, which involved the implantation of a mechanical pump inside his chest to help pump blood throughout his body, Peter knew that the road to recovery wouldn’t be easy. However, he was prepared to do whatever it took to be there for his children, grandchildren and wife, Nancy, of 51 years.

With the help of his son and daughter, Peter researched local ventricular assist device (VAD) programs in the south Palm Beach County area that would be best equipped to aid him in his recovery.

In the short time since he started rehab, Peter has grown strong enough to play golf again, walk his dog and even spend time with old friends. With the help of his wonderful wife and family, along with the medical staff at Delray Medical Center, Peter has no doubt that he will soon be celebrating his 80th birthday and rooting for his favorite team during the next World Cup.