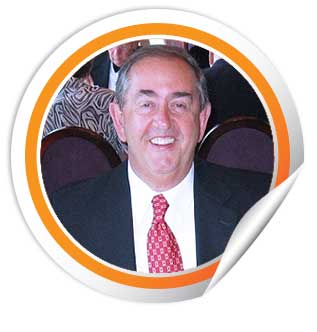 During a tennis match, there are moments when the ball hits the top of the net, and you don't know which way it will go.

As a tennis player, Munro Ross was reminded of that moment one night when his speech began to slur, and he questioned what the future might hold for him.

"My wife identified that I was having a stroke and rushed me to Delray Medical Center. We didn't give a second thought to which hospital to go to—Delray has a great reputation for its Comprehensive Stroke Center, and we were only 10 minutes away," says Ross.

Delray's commitment to top-notch stroke care includes striving for the shortest possible "door-to-needle" time, which means delivering the clot-busting drug tPA within 60 minutes or less from the patient’s arrival.

"We arrived about 15 minutes after the onset of my symptoms, and the staff immediately brought me in for a CT scan," says Ross. "The doctor said I was eligible to receive tPA, which would increase my chance of survival by 60 percent. It was a no-brainer!"

Caring for the whole heart

After being administered the drug, Ross stayed in the hospital for a night and was able to go home the following day. His carotid artery was 95 percent blocked, however, which meant he would need to return to the hospital in a few weeks for surgery.

"Cardiothoracic surgeon Dr. Jeffrey Newman performed the operation flawlessly, and three days later, I was discharged from the hospital again," he says. "Other than a scar that disappeared after two months, I made it through a stroke and major surgery without needing any therapy or sustaining any lasting problems."

Ross feels reinvigorated since his treatment, and enjoys being back with his family in New Jersey, watching his grandkids grow up.

"I'm very thankful the odds were in my favor—the doctors and staff at Delray Medical Center treated me with expert care," says Ross.

"I had to stop playing tennis for two months, but now I'm back on the courts like nothing ever happened! That day, luck was on my side, and I won the most important point of the match."