From exercise to the ER, woman learns the importance of getting stroke care F.A.S.T. 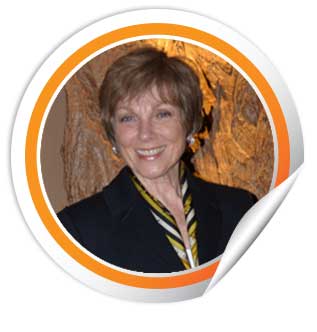 What started out as a normal day for Pat Andrews quickly turned into one of the scariest days of her life. Just as she was about to begin a morning Zumba class, she felt numbness in her arm.

“My husband helped me walk to the director’s office at the fitness center, where I was able to sit down,” Pay says. “Moments later, I began experiencing excruciating pain. It felt like my arm was falling out of its socket. I had no idea I was having a stroke.”

When she woke up, Pat found herself in the emergency room at Delray Medical Center. She had suffered a hemorrhagic stroke, which occurs when a blood vessel in the brain leaks or ruptures.

“I saw some X-rays on the screen in front of me, but I had no idea they were mine,” she says. “Then I saw my husband standing next to a doctor who turned out to be a neurologist, and they were discussing my personalized treatment plan.”

Beating the odds through critical care

As a Comprehensive Stroke Center, Delray is ranked No. 1 in Florida for stroke treatment by Healthgrades. That means that the neurologists there are specially equipped to treat stroke, which increases the chances that patients will recover as fully as possible.

“The chances of recovery were against me because of the severity of the bleeding,” Pat says. “But I beat all the odds.”

Following a week in the Intensive Care Unit, she was transferred to Pinecrest, Delray’s rehab center.

“I had a wonderful experience there,” Pat recalls. “The support of the Pinecrest staff members helped with the healing process that started in the hospital. I had three therapies during the day, and my fourth therapy took place in the evening. My husband would sit with me and read cards and notes of support from our friends and neighbors to help with my speech and memory. After two months, I was ready to go home.”

In the years since her stroke, Pat has continued to recover. She can already walk with a cane and read, and continues to practice driving and writing.

Pat displayed no warning signs prior to her stroke, and the cause of her stroke remains a mystery.

“I’m a healthy person,” she says. “I used to go to the gym almost every day, and I modeled for nearly 50 years.”

While others might be disheartened, Pat is a real evangelist, telling everyone how important it is to recognize the symptoms of stroke — and to get help fast.

“‘Time is brain’ when it comes to stroke,” she says. “I can’t thank the doctors and nurses at Delray Medical Center enough. They saved my life.”