When a vacation turns into a nightmare, stroke care saves a father's life 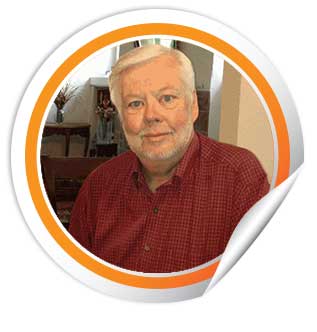 John and Roberta Lisi love vacationing in South Florida, especially during the spring when it’s still very cold in Pittsburgh. But one Easter morning, their dream-like vacation turned into a real-life nightmare.

“I was taking a shower when I was overcome by a strange feeling,” says John. “All of a sudden, I couldn’t stand any longer. I slid down the shower stall into the tub and was unable to move. My whole left side was paralyzed.”

John called out for help and his daughter immediately called 911. Moments later, he was in the back of an ambulance being rushed to Delray Medical Center.

Doctors quickly determined John was having a stroke. Within 30 minutes, they administered intravenous tPA, a clot-busting drug, into his system. Dr. Nils Mueller-Kronast, director of neurointerventional service, and his team immediately created John’s personalized treatment plan.

“I was awake during my entire treatment, and Dr. Mueller explained that my carotid artery was blocked and that he was going to remove the blood clot in my brain,” John explains. “To my surprise, I was out of the hospital three days later and back on my vacation.”

Looking back, John knows there were warning signs before the stroke occurred.

“I kept uncontrollably dropping things out of my left hand,” he says. “But I was on vacation and figured I would deal with the problems when I got home. Now I urge people having any unusual symptoms to take them seriously and see a doctor immediately.”

John and his wife are deeply grateful to Dr. Mueller and the staff at Delray Medical Center.

“I credit divine intervention for saving me, coupled with the skills of a talented stroke team,” he says. “We will never forget their kindness and professionalism. We can’t thank them enough.”